Christen Parker
Christen Parker uses a unique creative eye, feel for her subjects, and professional skills to capture the individual experience of events, warmth of a home, and beauty of every portrait. Fluent in Spanish and Haitian Kreyol, C. Parker is also an educator, nonprofit administrator, musician, and writer. She brings her experience and insight into the art of photography.

How you can get involved in Haiti 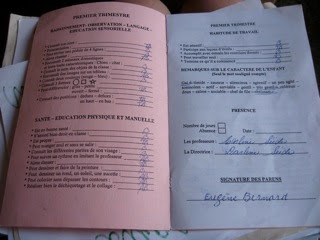 When you donate this year, you will make it possible for a student to finish this year of school.

No school is free in Haiti and every year half, if not more, of each class does not finish for lack of tuition. Our project director in Haiti visits each school and each family, reporting on progress and recommending students into the program. This year we've had a number of US sponsors unable to make payment and so students are at risk of not finishing the school year.

The best way to get involved is to choose to sponsor one student and follow him or her through school for about a dollar a day, though school tuitions can vary.

You can make all the difference in a place where life is hard and consistent help is rare.

Moun Pou Moun Supporters have made modest to very large donations (one time, multiple times, and monthly!), sponsored students, hosted parties, donated supplies, provided encouragement, invited us to speak at their schools and groups, and who knows what they’ll do next! Will you get involved too?

Remember - No gift is too small (or too large!)

* CTSA is the “Center for Theology & Social Analysis” in St. Louis, MO that has generously taken our work under their wing. After January 1st we will be pursing our own not-for-profit status! Stay tuned!
Posted by Christen Parker at 1:23 PM No comments:

Labels: Get invovled in Haiti 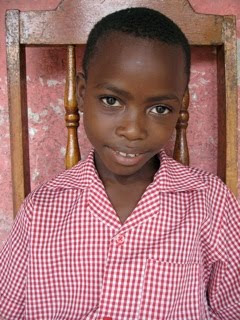 Posted by Christen Parker at 12:46 PM No comments:

How we got involved in Haiti 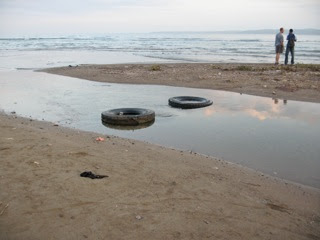 It all started with a school rotation,
a sick baby girl, and a run on the beach...

We, Rodney & Christen, spent Jan - Mar of 2005 in Southern Haiti working with Maison de Naissance, a wonderful birthing center outside of the 3rd largest city in Haiti, Les Cayes (www.maisondenaissance.com). The birthing center was co-founded by the uncle of a classmate and so an away rotation was made in Rodney’s last year of medical school.

January 16th, 2005 we met a mother, Iness, and her one-month old twin daughters. One was “failing to thrive” - she was dying and we couldn’t see why. Sandinie came home with us for round-the-clock medical attention and twice daily visits from Inesse. With the help of antibiotics, intensive feeding, a visiting lactation specialist, and a quick frenulum surgery from another visiting doctor, Sandinie began to thrive. Over the course of her 2 week stay with us and then our daily visits to her when she went home, we formed a bond with the family, becoming Sandinie and Sandina’s godparents and thus family.

While little Sandinie was with us, Rodney went for a run on the beach (something the children in town found hilarious!) A fisherman called out to Rodney, asking about the baby. He then asked if Rodney could see about his youngest daughter’s ear. We returned that evening with the proper tools. Sitting in their one room hut for 7, we heard of how the hurricane had claimed their home and childbirth had claimed their mother and his wife 3 years earlier. We looked at each other and asked, “What can we do?”

The fisherman and father, JanPaul Charles, asked that we put his kids back in school. No schooling is free in Haiti and as they could barely afford food, old uniforms were hanging unused. We could do that, with help. We emailed family in the States and the next week we were enrolling all 6 children in school and buying new uniforms, shoes, underwear, backpacks, and books.

So how did this become an organization? We couldn’t just send them to school and then back each day to the one-room hut (we learned they were only renting). We managed to buy JanPaul some land and began the process of asking for help to build his family a home.

Since we began this journey, we have been humbled and amazed by the never-ending supply of both need and generosity. What does “Moun Pou Moun” mean? It comes from a Haitian poem by JanJan Dezire and means both “People for People” & “Person by Person.” It seems fitting.

Friends have hosted parties for us, sponsored children in school, bought paintings we’ve sold, given of their resources and supported us and Haiti with love.

How does this work logistically? In 2005, we were blessed (more than we knew) to become friends with a handful of kind and trustworthy people in Haiti. One of these friends, Samuel Altidor, has become our ‘right-hand man’ and Director of Projects in Haiti. He is a trained contractor and really a kind of social worker in the community. We had to put the brakes on his outreach when we reached 36 students, but he would find more if we could sponsor more! He personally knows these families in need and visits them regularly. He facilitated the building of a beautiful new home for JanPaul and his family, and only this year has asked for his mother’s falling down home to be added to our growing list of projects. He is a gem. He himself is sponsored in school by a kind woman in Kansas City as he tries to learn English.

Thank you for reading & hopefully for being a part of Moun Pou Moun!